Very sexy, pure Rock’n’Rolll, funny and cool – all attributes, with which the English critics considered Ben Elton’s latest hit musical „Tonight’s The Night“. I must admit that the English colleagues are absolutely right!

At first one assume again one of those currently so popular loud Pop musicals in which hits of a world star are presented in loose sequence and embedded into a flat story. The sub line „The Rod Stewart Musical“ also emphasizes that. But that’s far wrong! 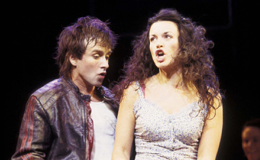 The story begins in hell and shows bored Satan. In order to kindle the purgatory again, she (yes, the devil is a woman) decides to take someone’s soul. Therefore the shy mechanic Stu(art Clutterbuck) seems quite right. Stu has fallen in love with pretty Mary however he does not find the correct words nor the courage to address her. In despair he succumbs to the charm of extremely erotic Satan and gets – as a countermove to his soul – the soul of Womanizer and Rock star Rod Stewart. Everything seems perfect: Stu confesses his feelings to Mary and wins her heart. He finds a band with which he can express his newly won musical talent as successfully, that Stewarts manager, Baby Jane Golden, notices them and sends them on tour. Almost too late he realizes how much he had changed and that he does not like to lead this Rock star life not at all. Good luck that also Satan notices that she had made a mistake. She undoes the souls exchange with a finger’s snap.

Besides this leading story several little complications and episodes develop causing strange and touching moments. For example there is Stu’s best friend Rocky who also loves Mary but he is loyal to Stu and does not admit his feelings what must lead to a broken heart automatically. Mary – on her part – suffers very much from Stu being a real “Rock Pig” – with groupies and everything else a star is supposed to have. Baby Jane Golden is torn between the fascination of the very young rocker, the very „special“ talents of her long-time protégé Rod Stewart and the incomparably charming overtures of Stu’s guitarist Stoner. And then there’s Satan who quickly realizes that her idea of giving Rod Stewarts soul to a simple-minded boy was not so good because the young Stu turns out as a real success, Rod Stewart joins the Buddhism on the other side of the world and prefers to stage no longer. 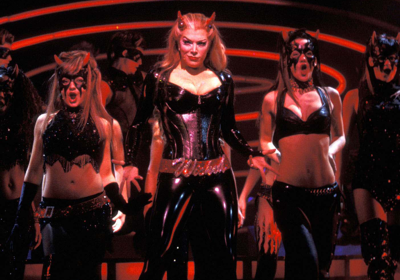 The Canadian Tim Howar masters perfectly the ridge walk from the inhibited car mechanic Stu to the Rock’N’Roll star Rooster Clutterbuck. His credible timidity changes from a credulous Greenhorn – that both Satan and Baby Jane Golden succumb to – to a would-be-star with all attitudes that he is supposed to have. In spite of his youth his voice is a patch on the ‘original’. His interpretations of Rod Stewarts hits are absolutely worth hearing. His stage performance is that great you couldn’t have wished for anything better: From a vain old goat, who rushes through his own hair again and again, to an insecure lover and „Rock Pig“ in the best sense of meaning, Tim Howar plays it all very convincing.

Stu’s heart lady Sweet Lady Mary is played by Dianne Pilkington who transports the emotional variations of her alter-ego very well. Whether she is happy or feels put back by Stu or is concerned because she breaks Rocky’s heart – all these levels of the emotional world the young artist performs credible. Her mimic touches hearts and with her once soft then again powerful voice she ‘catches’ each spectator.

Thern Reynolds understudies Stu’s best friend Rocky Washington. He might get a lot of the audience’s sympathy as he represents the spurned lover very persuasive. The smart Australian is certainly not the only person who has tears in his eyes after his moving solo „I don’t want to talk about it“. Remarkable is also the discussion with Stu for Mary’s favour when Thern Reynolds and Tim Howar exchange themselves verbally while performing „Stay with me“. 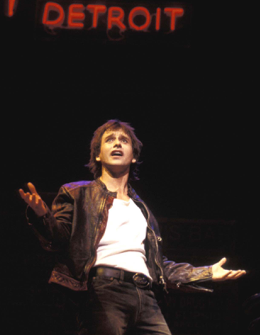 The aging manager Baby Jane Golden is given by American Catherine Porter whose strong voice fits perfectly to the rocky sounds of Stewart.

Apart from touching solos such as „Baby Jane“ or „Maggie May“ she also gets many funny moments, when she is discussing the strange behaviour of Rod Stewart with his house servant Jorgé (charmingly played by Howard Samuels). Baby Jane Golden is constantly courted by guitarist Stoner who totters over the stage from his first to his very last scene. Michael McKell plays his part so well that you are tended to believe he takes a very bizarre drug-alcohol-cocktail before each show. Nevertheless he mumbling scintillates his charm that also the shrewd manager finally must surrender.

In a musical based on Rock songs a large dancing and singing ensemble is indispensable. The 20 dancers contribute massively to the show’s success. Yet in the opening scene „Tonight’s the Night“ the dancers appear in very sexy outfits; at the huge concert from Stu and his band they make the audience feel to be at an L.A. club while the band is performing „Da Ya Think I’m sexy?“.

The wedding of purified Stu and his Sweet Lady Mary marks the crowning termination surrounded by a white clothed and classically dancing ensemble. Tim Howar alias Stuart Clutterbuck rages through the theatre and make the audience’s blood boil before the world hit„Sailing” concludes the final.

This musical is one of the few mixtures in which a story is not dominated by the chosen songs but is perfectly supported by them. The team around success author Ben Elton („The Beautiful Game“, „We Will Rock You“) performed great work and the audience thanks it with standing ovations. 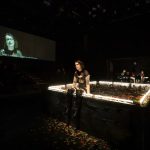 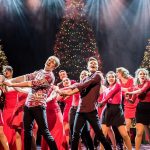 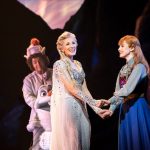 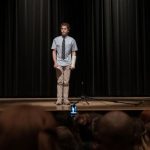